- June 13, 2017
Aaron with Loka Hatha Yoga here, acting as chair and secretary of the subcommittee.

Present were Captain Todd Rowell of the Mesa County Sheriff's Office, Jim of Ohr Shalom, and Che of the Islamic Center (also Treasurer of GVIN).

Your response is requested - we are in a problem-solving stage, and planning action.

Summary:
The Mesa County Sheriff's Office requires volunteers to assist in crime prevention measures, that will hopefully impact both short-term and long-term trends in crime. Captain Rowell will provide specific tasks for which volunteers are required, and will work with GVIN to organize (in advance) work days for specific projects that require volunteers.

These individual and group projects are ideal for both congregations and individual congregants looking to make a difference in the community, and will have IMMEDIATE and LASTING impact.

The overwhelming nature of the problem described by Captain Rowell were well met by the optimism of both Che and Jim, who believe (as I do) that we can have a significant impact on the safety of the community by working with the Sheriff on specific tasks.

Summary of situation
Crime is up 400% in Mesa County since 2006, and is increasingly violent in nature.

Statistical analysis of the crime data is suggestive.  Crime typically occurs in several geographic regions, near the following crossroads:
* 32 and E (near Kimwood Park, Rocky Mountain Elementary School and Park)
* 29.5 Rd and Orchard
Minor centers include:
* D and 31
* F and 31.5
Dispersed centers exist in the Redlands

Each of these centers are approximately as large as a person of moderate physical ability may walk or bike: The two most common forms of crime are theft and various forms of sexual and domestic violence, including rape. Criminals will walk or bike from their homes to the place of crime, or commit them at home.

Poverty and crime are coincidental, but not causational in relationship.  Factors with causational relationship to crime include population density, substance abuse and addiction, and generational criminality (patterned behavior).  The relationship between poverty and crime was explained: population density rises with poverty (as multiple families struggling to pay costs of living will even share single family dwellings).  Substance abuse and addiction results in poverty, as does generational criminality.

With wages too low to provide for adequate housing or food or childcare, families are leaving children unsupervised to commit crimes.  42% of Mesa County receives public assistance.

The crime is not organized or systematic, but rather due to the poor choices of individuals.  In the highest crime areas, only 1-2% of the population are "problem" individuals.  Contributing to the community's tolerance of these problem individuals are absent landlords.

Residents who are simply too old to take care of their property also perpetuate the problems and permit an environment suitable for crime.

The typical habitual criminal is unemployed, and is not seeking employment.  Employment in the Valley is very high.  Wages are very low.

Mental illness (including the addiction) contributes to criminality.

There is no statistical difference in premeditated crime (such as hate crime) and unpremediated crime.  Racially motivated crime is typically incidental to primary crimes, and not the primary criminal action.

Frame as helping an old person or disabled person upkeep their property.

Icgj: Why is crime rate growing?
Economic downturn. When people are working, they are less likely to be committing crimes.

Summary of current efforts
Presently, Lunch Lizards is a program intending to help break the generational criminality, and improve perception of police presence in the community.   Volunteers are organizing neighborhood watches.

Shaming individuals by publishing their arrest in the paper is not working.

Requested Assistance by Sheriff
The Captain admitted he did not have any clear answers, and is open to suggestions and any help.  These are some of the specific ways he mentioned he could use some help - more to be forthcoming.

Cleaning up trash and neighborhoods
The Sheriff's Office is utilizing a theory called "broken windows."  The theory, summarized, is that where some crime is permitted (ie. vandalism, broken windows), more crime follows.  At Loka Hatha Yoga, we see this with littering: when a street is clean, people are less likely to litter.  The Sheriff's Office is attempting to clean up the litter and beautify these neighborhoods.

And, there is a need to assist landowners in keeping up their properties, especially the elderly who are simply unable to keep up with the trash and vandalism plaguing their property.  Vandalism encourages more vandalism, and worse crime.

Also, there is a need to cut down trees and bushes which obstruct a view from the street by patrolling deputies: transient populations tend to camp where they may have privacy, and the limited number of deputies makes it difficult for them to patrol these homeless encampments on foot: reducing the vegetation will permit police presence from the road.

There are transient camps between Jay Lee St and 32.5 and north of the canal, as well as by Hwy 6/50 and 1st.  There are numerous houses and yards which need cleaned up: weeds and trash need removed.

Difficulty with this for GVIN will be motivating enough volunteers to undertake trash clean up.  At Loka Hatha Yoga, we lead clean up trash every week, with (on average) a single volunteer.  It is dirty, difficult, thankless work.  We clean on average 10-15 miles per year.  Volunteers never have yet volunteered twice.  But Jim and Che both think, and I agree, that we can put together several GVIN clean up days.  Perhaps if undertaken together, the work will be easier.

Can we organize a day of work?  Or even three?

Jim says that if we frame this as helping an elderly person or disabled person take care of their property, we might encourage better participation.

The question was raised by the committee: can we encourage those churches with the boyscouts or girlscounts to direct their projects into the community?

Promote sobriety and social skills
He said that intoxication and dysfunctional relationships are the reason there is crime.  Without intoxication, and underdeveloped interpersonal skills, most crime would not be present.

At Loka Hatha Yoga, we actively engage individuals to encourage sobriety and teach good relationship skills.  There is potential, we believe, for broader communication of these values.  In past conversations, Che has said that sobriety is an important value to Muslims, and I think this is a value all members of GVIN share.  Additionally, I think we all share similar ideals of functional relationships, proper sexual conduct, etc.  Perhaps we can work together on promoting these values to the community in a way that would "take"?

Establish presence in the community
The Captain suggested we get out and meet people, and hear what their needs are.  To find problems and fix them.  To encourage community leadership.

Suggestions from the Committee

Support for tax increases
Due to lack of funding, the ability of the MCSO to prevent crime is limited.  There are less than half of the deputies required, and GVIN should support better funding for MCSO.  Additional tax increases are also required for public health programs, especially those providing mental health services, addiction treatment, and trauma treatment.

Reduce frustration
Jim says that when people get frustrated, the Jewish community gets targeted.  Loka Hatha Yoga's experience is that all minorities get targeted when frustration results in group-violence.  Are there ways we can provide more opportunity in the community, especially for minors? 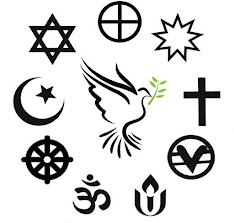